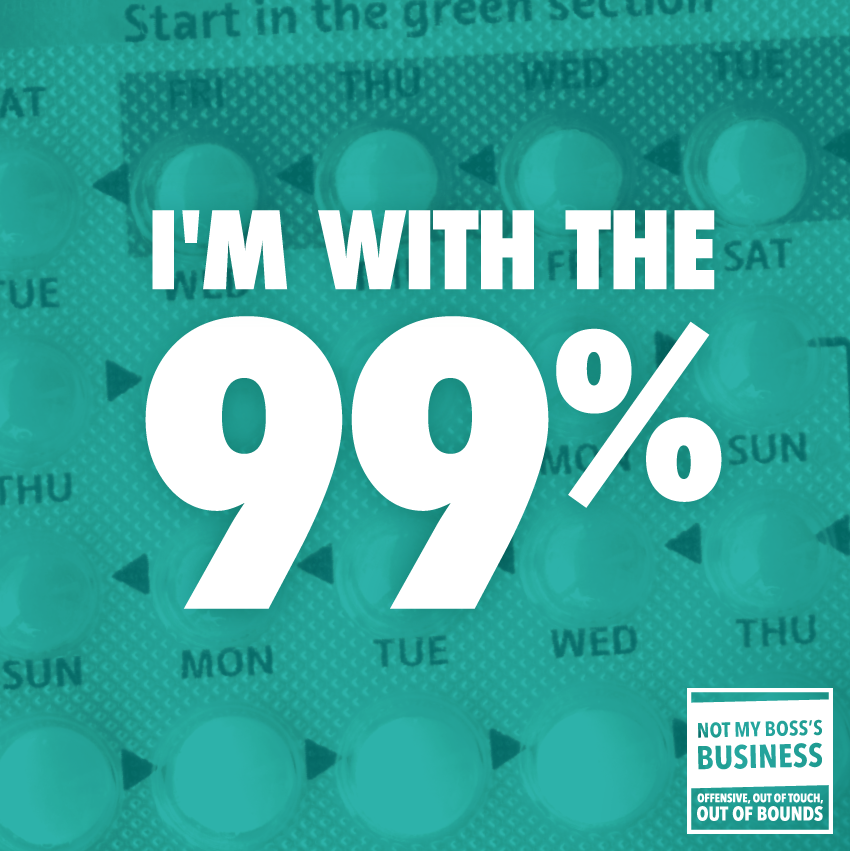 Today the U.S. Supreme Court heard Sebelius v. Hobby Lobby Stores, Inc. and Conestoga v. Sebelius.  These high-profile cases are about discrimination. As part of the Affordable Care Act, the federal government issued a rule that requires health plans to cover contraception without a co-pay.  Businesses have challenged this rule as an infringement on religious liberty.  The ACLU has worked with Julian Bond, NAACP Legal Defense & Educational Fund, Inc., and the National Coalition on Black Civic Participation to submit an amicus brief in support of the government in these cases.

We all have the right to our own religious beliefs, but religious freedom does not mean the right to impose your beliefs on others or to discriminate. Corporations shouldn't be allowed to use religion to deny health care only women use.  If the Court allows this, we will see more discrimination bills and even more lawsuits seeking to justify discrimination.

Courts have rejected claims to discriminate based on religious beliefs in other contexts, including civil rights. The Equal Employment Opportunity Commission issued an opinion over a decade ago making clear that refusing to provide insurance coverage for contraception is sex discrimination.

Here in Washington state, the ACLU of Washington has filed a lawsuit on behalf of a gay couple in Kennewick against a florist that discriminated against them because of their sexual orientation. The suit says that the business’ refusal to sell flowers to the couple for their wedding violates the Washington Law Against Discrimination.  The law bars businesses from refusing to sell goods, merchandise, and services to any person because of their sexual orientation. The courts have found that businesses open to the general public may not violate anti-discrimination laws, even on the basis of sincerely held religious beliefs.

"The refusal to sell flowers to the couple is a disturbing reminder of the unequal treatment that gay men and women have experienced over the years," said ACLU-WA Legal Director Sarah Dunne. “When a business serves the general public, the business owner’s religious beliefs may not be used to justify discrimination.