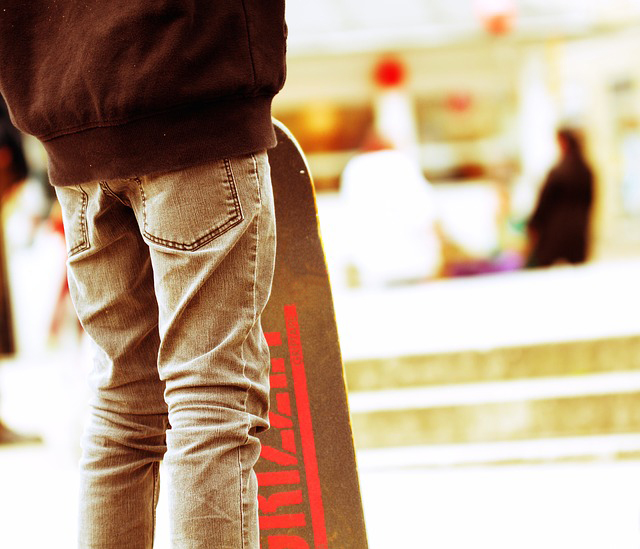 Youth are categorically different from adults. They are more impulsive, less able to fully comprehend the consequences of their actions, and hold greater promise for rehabilitation.

Unfortunately, many of our laws don’t account for these facts. A Washington state law sends juvenile defendants to adult court if their cases meet certain criteria, such as if the defendants are 16 or 17 and charged with a serious offense. This practice, known as “automatic decline,” moves young defendants from a system intended for rehabilitation to one intended for punishment.

Automatic decline laws arose from the “tough on crime” approach to juvenile justice, which was in turn based on racially-biased junk science of the 1990s that asserted that there existed juveniles who were beyond rehabilitation. This false stereotype was disproportionately applied to African-American males.

In 1996, for example, then-First Lady Hillary Clinton used the word super-predator to describe youth who were supposedly so dangerous that they had to be “brought to heel.” Recently, a Black Lives Matter activist confronted Clinton about her comments, and Clinton backed off from her earlier stance. “Looking back, I shouldn’t have used those words, and I wouldn’t use them today,” Clinton told the Washington Post.

But the damage has already been done. The “tough on juvenile crime” movement gave rise to laws subjecting juveniles who committed non-violent offenses to harsh punishments.

Courts have consistently drawn on research into brain science to conclude that before subjecting them to the same lengthy prison sentences as adults, the law must allow consideration of the fact that youth may be less culpable than adults.

But under automatic decline laws, youth continue to be prosecuted as adults without any consideration for brain development or the facts concerning their individual cases.

Automatic decline is a failed solution to a phantom problem. Although “super predator” framing invariably conjures up images of violent offenders, most juveniles serving auto decline sentences in Washington are sent to adult court for offenses that don’t cause physical harm.

This month, the ACLU-WA and several children’s rights organizations filed a friend of the court brief asking the Washington Supreme Court to review the state’s automatic decline law. The brief explains that automatic decline violates the due process rights of youth and eliminates the opportunity for a judge to consider mitigating circumstances about the offense and the individual before subjecting them to adult court. Automatic decline also creates harmful racial disparities and fails to reduce recidivism.

The brief was filed in State v. Zyion Houston-Sconiers and Treson Roberts, a case involving a group of youth who robbed trick-or-treaters by gunpoint, taking candy and a phone, on Halloween 2012. Zyion was 17 at the time and Treson was 16 and though they injured no one, Washington’s automatic decline law required them to be prosecuted as adults.

Zyion and Treson were denied the opportunity to present the circumstances of their lives and facts of the case that might show that it’s more appropriate for them to be prosecuted in juvenile court. The possibility that they may be rehabilitated was not considered. Instead, they were thrown into the adult criminal system, which sentenced Zyion 31 years in prison and Treson to 26 years.

In addition to being legally flawed, oblivious to brain science, and harmful to defendants, automatic decline does not promote public safety. A study conducted in 2013 by the Washington State Institute for Public Policy assessed whether automatic decline resulted in reduced recidivism, and concluded it does not; indeed, juveniles who were automatically declined had a higher rate of recidivism than those who had remained in juvenile court.

Auto decline also disproportionately affects young people of color. In 2007, Washington’s Sentencing Guidelines Commission found that African-American youth are affected approximately ten times more often than one would expect given their population proportion. This disparity is consistent with the bias revealed by a 2014 study published by the American Psychological Association journal, which showed that African-American boys are viewed as older and less innocent than their white counterparts by the time they are as young as age 10.

Our laws should be based in fact, not fear-mongering. Granting review in the Houston-Sconiers case and finding the auto decline law unconstitutional would be a step toward erasing injustices that have existed since the 1990s.
Explore More:
Criminal Justice
Juvenile Justice
Youth
Court Case:
State of Washington v. Zyion Houston-Sconiers