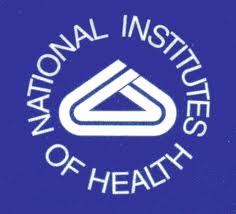 As the NIH director states, creating the new, unified institute “makes scientific sense and would enhance NIH's efforts to address the substance abuse and addiction problems that take such a terrible toll on our society.”  In other words, the brain processes involved with addiction are universal across intoxicants, so we shouldn’t be studying them in a piecemeal fashion based on their legal status. Makes sense right? Perhaps it’s time our lawmakers follow suit and pass laws which treat addiction as the public health issue it is, instead of the current criminal/non-criminal system we now employ.

Someone drinking at home can’t be arrested for being too drunk or for being an alcoholic, while a heroin addict can be arrested and charged with a felony for possessing even trace amounts of the drug. In either case, the best option is to provide the addicted person the health and treatment services he or she needs. Arresting and convicting someone for being an addict is counterproductive and leaves that person with a criminal conviction that will follow him or her for life.

This type of policy can work. Portugal decriminalized the possession and use of all drugs in 2001 and set up an administrative system designed to get drug users the health and treatment services they need, not punish them. It is now reaping the rewards. According to a new study in the British Journal of Criminology, Portugal’s system led to “reductions in problematic [drug] use, drug-related harms and criminal justice overcrowding.”  As one of the study's authors notes, “before, a large number of people were being arrested and punished for drug use alone. They [Portugal] saved themselves a lot of money and stopped inflicting so much harm on people through the criminal justice system.”

At a time when Washington state is making draconian budget cuts, like eliminating funding for community health clinics, keeping people out of the costly criminal justice system and steering them into treatment makes sense. NIH seems to think this is the right idea too, since the brain doesn’t care if a substance is legal or not when it comes to addiction. Lawmakers should follow their lead and implement a more pragmatic, humane, and cost-efficient policy for dealing those struggling with addiction. Criminalization alone is expensive and simply doesn’t work.