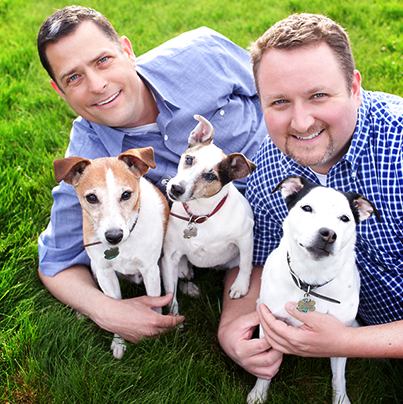 Contact: Doug Honig - 206-624-2184 The ACLU is representing a gay couple in Richland in seeking remedies from a florist that discriminated against them. In a letter sent to the owner of Arlene’s Flowers today, the ACLU said that the business’ refusal to sell flowers to the couple violates the Washington Law Against Discrimination. “We live in a diverse country, and when a business serves the general public, the business owner’s religious beliefs may not be used to justify discrimination,” said ACLU cooperating attorney Michael Scott, who is representing the couple. “The refusal to sell flowers to the couple hurt them deeply. It is a disturbing reminder of the unequal treatment that gay men and women have experienced over the years,” said ACLU of Washington legal director Sarah Dunne. Curt Freed, a faculty member at Columbia Basin College, and Robert Ingersoll, a manager at Goodwill, have been a couple for almost nine years. They are engaged and are planning a wedding for September 2013. Having purchased goods from Arlene’s Flowers on many occasions, Ingersoll approached the florist on March 1 to arrange for flowers for the event. However, he was told that the business would not sell the couple wedding flowers because of the owner’s religious beliefs. The Washington Law Against Discrimination (RCW 49.60.030), which prohibits discrimination because of sexual orientation, bars businesses from refusing to sell goods, merchandise, and services to any person because of their sexual orientation. The courts have found that businesses open to the general public may not violate anti-discrimination laws, even on the basis of sincerely held religious beliefs. The couple is seeking the following remedies: That Arlene’s Flowers agree not to refuse to provide flowers and other goods and services to any person on the basis of his or her sexual orientation. That Arlene’s Flowers agree to write a letter of apology to Mr. Freed and Mr. Ingersoll to be published in the Tri-City Herald. That Arlene’s Flowers agree to donate $5,000 to the Vista Youth Center in Kennewick, in lieu of payment of attorney’s fees. Representing Ingersoll and Freed for the ACLU are cooperating attorneys Michael Scott, Amit Ranade, and Jake Ewart of Hillis Clark Martin & Peterson P.S., ACLU of WA legal director Sarah Dunne, and ACLU LGBT Rights Project attorney Elizabeth Gill.
Explore More:
LGBT
Court Case:
Ingersoll v. Arlene's Flowers
Related Files