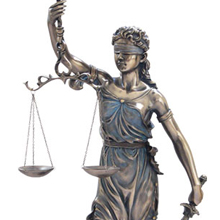 By Rochelle Krebs and Jennifer Shaw

A high-profile murder is committed, a defendant is charged, and the prosecutor issues a notice that the state will seek the death penalty. Often years pass before the case goes to trial. The trial can last for months or longer. After conviction, the appeal system is longer still. All of these procedures are necessary because we don’t want to execute someone erroneously. But the lengthy appeals are expensive, and the victims’ families feel like the case will never be resolved.

State leaders are asking themselves: Is this really the best system of justice for our people?

The American Law Institute (“ALI”) appears to have answered this question in the negative. ALI is an independent legal organization with a membership that includes judges, lawyers, law professors and deans, the justices of the US Supreme Court, the highest judges in each state and each Court of Appeals, the Attorney General and Solicitor General, and the Presidents of the ABA.

In 1962, ALI crafted a model death penalty code. Many states, including Washington based their death penalty statutes on the ALI model. But last year, after ten years of study and debate, ALI withdrew this model code, stating: “in light of the current intractable institutional and structural obstacles to ensuring a minimally adequate system for administering capital punishment.”[i] Citing decades of experience with state death penalty systems, the institute’s Council on the Matter of the Death Penalty has concluded it cannot satisfactorily revise this section of the Model Penal Code because it is irreconcilable with basic concerns of judicial fairness both in its process and outcome.[ii]

The death penalty presents the very real risk of executing an innocent defendant. There have been 139 exonerations from death row in America since 1976,[iii] some coming only minutes before their scheduled execution. Wrongful convictions can also result from human error – by law enforcement, lab technicians, lawyers, prosecutors, judges, and witnesses who lied, were coerced, or later admitted they were never really certain that the person they identified was the perpetrator. In 1995, the 9th Circuit overturned the conviction of Benjamin Harris after 12 years on Washington’s death row.

Further, maintaining a death penalty system costs millions of dollars more per state per year than a system where the only sentence for aggravated murder is life in prison without the possibility of parole (LWOP).[iv] Many small county budgets cannot bear the massive financial burden of seeking the death penalty, and therefore don’t. This creates a significant geographic bias within states as to who will face death instead of LWOP for the same type of crime. In Washington, the odds of facing the death penalty greatly depend on the county where the crime was committed. For example, death notices are filed in 60% of all death-eligible cases in Thurston County compared to 34.6 % in King County and 21% in Clark County.[v]

Moreover, the death penalty does not make society any safer. It does not deter crime, at least not above any benefit that may already be received from life without possibility of parole. The South is responsible for over 80% of our nation’s executions, yet continues to have the highest murder rate of any region in the country.[vi] The majority of police chiefs polled in a 2009 study acknowledged that the death penalty could do little to prevent violent crimes because perpetrators rarely consider the consequences when engaged in violence.[vii] In many death row cases, the defendants were suffering from serious mental illnesses at the time of their crime that prevented them from rational thought. A ruling on the constitutionality of executing the seriously mentally ill not rising to a level of mental retardation is inevitable in the future.

In the end, most death sentences are overturned because of significant due process errors. The defendant is resentenced to LWOP, but taxpayers have incurred the much higher cost of a death penalty case. In Washington, these additional costs can be over $800,000 more per case,[viii] the majority of which accumulates prior to the appeal stage. With an unimpressive 5% “success” rate,[ix] seeking the death penalty in Washington can be a very expensive mistake.

A sentence of life without parole allows the courts time to correct mistakes. With the death penalty, there is simply no way to ensure that only the guilty will die.

Concern over the failures of our death penalty system extends beyond the legal community. Police chiefs, criminologists, and the American public also prefer life without the possibility of parole to a sentence of death.[x] In 2009, death sentences nationwide continued their decade-long downward trend while efforts to replace the death penalty with LWOP continued to rise.[xi] LWOP has proven much more efficient and cost-effective than the death penalty system. It can be applied more fairly, it is just as effective from a public safety standpoint, and it still allows for the possibility of a reversal in case innocence is later proven.

Legislation (SB 5476, HB 1909) that would replace the death penalty with life without the possibility of parole was introduced in the 2010 Washington Legislature. The measure received a hearing in the Senate but was not voted out of committee. Its proponents intend to continue for replacing the death penalty in the next legislative session.

Rochelle Krebs is a Policy Advocacy Intern and Jennifer Shaw is Deputy Director of the ACLU of Washington.

More information is available from the Washington Coalition to Abolish the Death Penalty (www.abolishdeathpenalty.org).

[viii] See Washington State Bar Association, Final Report of the Death Penalty Subcommittee of the Committee on Public Defense, available at http://www.wsba.org/lawyers/groups/finalreport.pdf (estimate calculated by the authors based on information from Section III, The Costs of Death Penalty Cases).