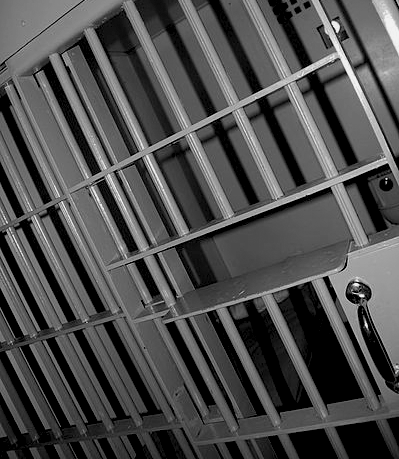 A 16 year-old boy who was repeatedly put into solitary confinement, subjected to filthy conditions, and denied adequate food while in the Grays Harbor County Juvenile Detention Facility is suing Grays Harbor County for violating his constitutional rights.

The ACLU of Washington has filed a lawsuit on behalf of Theresa Doe and her son M.D., who was put in solitary confinement more than 40 times between 2013 and April 2016 by County Detention Staff.  During that time, M.D. spent a total of about 75 days locked in a room or in a padded cell with little human interaction or access to his mother, for minor infractions like talking back, leaving a glob of toothpaste on the door to his room, passing notes, spilling water, “being rude,” and cursing. During one 8-day stretch, he was locked in a room that was spattered with food and blood, with a feces-covered grate over a hole in the ground to use for a toilet.

The lawsuit asserts that Grays Harbor County’s repeated and unconscionable treatment of M.D. violated his due process rights as a juvenile to be free of unnecessary and harsh detention conditions and subjected him to unconstitutionally cruel and unusual punishment. The lawsuit seeks to stop Grays Harbor County’s pattern and practice of subjecting children to this type of unconstitutional solitary confinement.

Isolation from other people has particularly destructive effects on children, who are still developing and vulnerable, as courts and the scientific community widely recognize. This is why the law prohibits putting kids in solitary confinement, especially as the County does, for common teenage misbehavior.

“There is a growing recognition that solitary confinement is inhumane and should only be used in adult corrections facilities, and even then, only as a last resort,” said ACLU-WA Legal Director Emily Chiang. “Longstanding research shows solitary confinement can really harm kids, so we were shocked to find it is being used in a juvenile detention facility in Washington State routinely, repeatedly, and for a prolonged time period.”

The lawsuit asks the Court to halt Grays Harbor County’s unconstitutional policy and practice of placing juveniles in solitary confinement for ordinary misbehavior and seeks compensation for the constitutional injuries and associated emotional distress suffered by the plaintiff.

M.D. was repeatedly detained in the Grays Harbor County Juvenile Detention Facility over the last four years, largely for minor probation violations. Throughout these stints in juvenile detention, Detention staffers routinely placed M.D. in solitary confinement, during which time he variously was locked in his cell for at least 23 hours a day, with all his belongings removed, barred from contact with other people, not allowed visits from his mother, and given only peanut butter and jelly sandwiches and water when he was placed in the padded cell.

Courts across the country recognize that, even for adults serving years in prison for violent felonies, solitary confinement causes serious harm and should be used only sparingly. M.D. was no such adult. He was a child, in the temporary care of County officials. Because their brains are still developing, children are psychologically more vulnerable than adults and thus more susceptible to the prolonged stress that comes from being isolated in prisons and jails. This stress can inhibit development of parts of the brain—such as the pre-frontal cortex, which governs impulse control— causing irreparable damage. Recognizing these scientific findings, at least 21 states have prohibited the use of solitary confinement to discipline juveniles.

“Under the Constitution, the County is supposed to reserve the harsh sanction of solitary confinement for circumstances such as when a juvenile might be violent and hurt someone,” said David Whedbee, cooperating attorney for ACLU-WA. “The County’s own records show that staffers routinely subjected M.D. to isolation for ‘bad behavior.’ And even where the County might have had procedures to protect juveniles, it’s clear from the records that staffers regularly failed to enforce those safeguards, which compounds both the constitutional injury and the practical risks to these young people in County custody.”