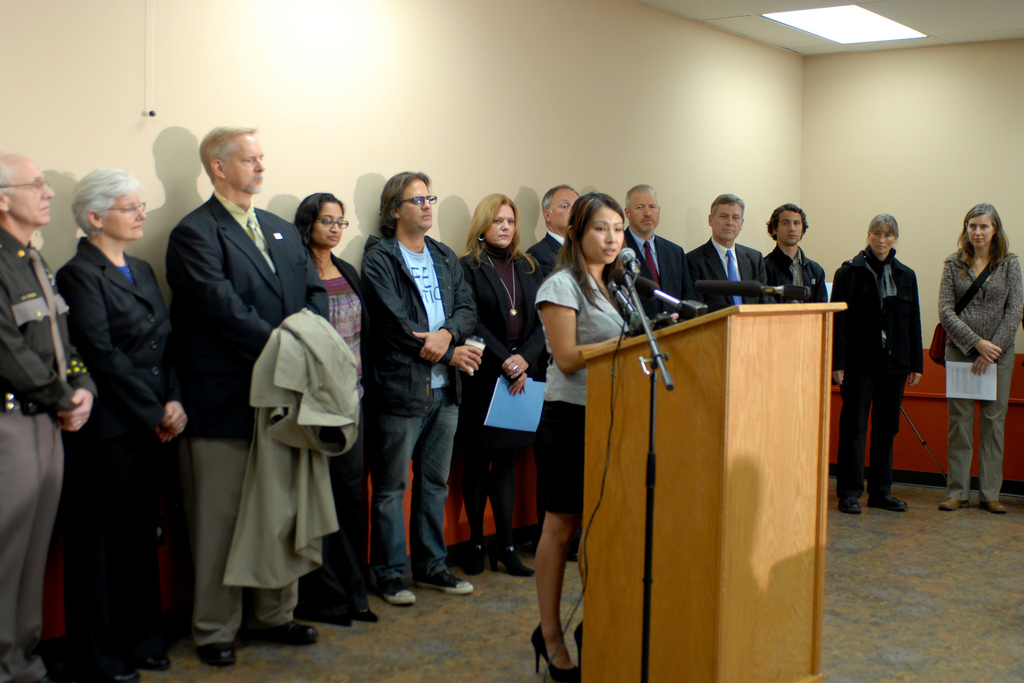 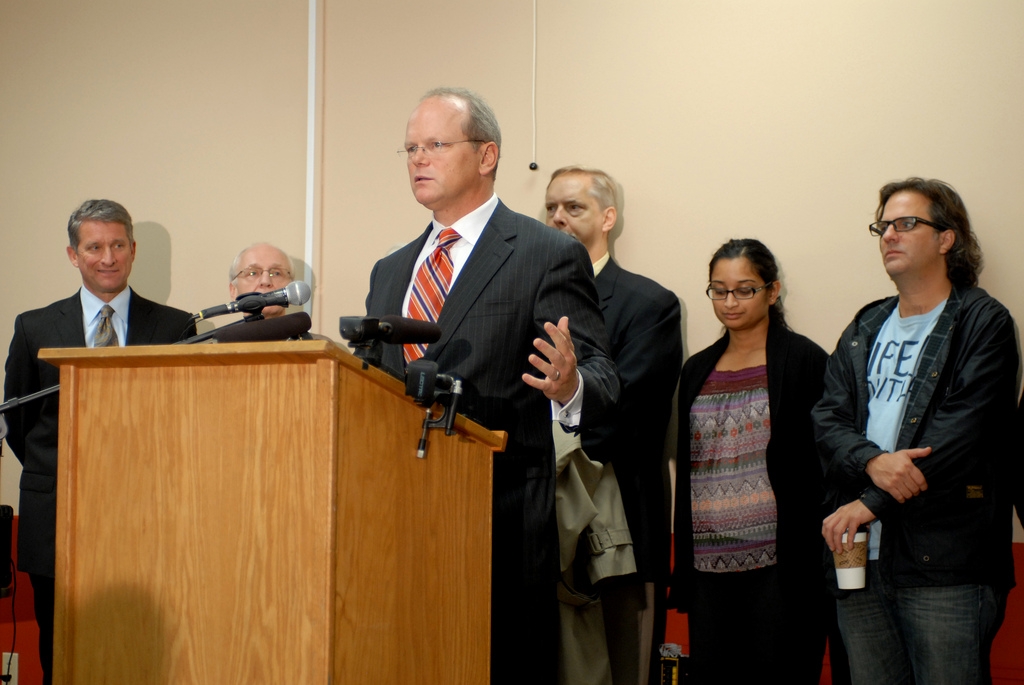 SEATTLE – A unique coalition of government officials, law enforcement agencies, and community leaders announced today that an innovative new pilot program is now operating in Belltown. Instead of arresting low-level drug offenders and prosecuting them, law enforcement will divert them to communitybased treatment and support services. Only a limited number of participants will initially be allowed into the program on a pilot basis.

The Law Enforcement Assisted Diversion (LEAD) program was developed with the community to address the open air drug markets in Seattle and King County. The pilot projects will be conducted in Seattle's Belltown neighborhood and the Skyway neighborhood of unincorporated King County.

The primary goal of the LEAD program is to improve public safety and public order, and to reduce the criminal behavior of people who participate in the program. "One goal of drug prosecution is to offer addicted people a chance for treatment. LEAD can achieve that goal through bypassing the jail and courthouse and bringing an arrested offender immediately to treatment. I have high hopes that this new option will increase public safety and change lives for those caught in the downward spiral of drug addiction," said King County Prosecuting Attorney Dan Satterberg.

The LEAD program is based on successful 'arrest referral schemes' that have been operating in the United Kingdom for several years. "We know that the issue of chemical dependency in our society cannot be solved by law enforcement alone. It is a complex social problem that requires a comprehensive social solution," said Seattle Chief of Police John Diaz. "LEAD provides our front line police officers with the discretion necessary to ensure that treatment diversion is utilized as a viable alternative to incarceration."

As a pilot program, LEAD will undergo a rigorous evaluation to determine whether it has been a success. "We are looking for effective public safety solutions," said Mayor Mike McGinn. "A recent report from our police department shows that 54 individuals are responsible for 2,700 arrests in Belltown. If drug dealing and crime could be solved by arrests alone, we would have solved this problem a couple thousand arrests ago. LEAD offers a promising alternative to traditional responses to street-level drug dealing, and we look forward to tracking its results in Belltown."

"Sheriff Sue Rahr and her staff support the concepts that act as the basis for the LEAD program and we look forward to our participation," said King County Sheriff Major James Graddon. "Respect, open communication and common goals among some historically adversarial groups have created a positive environment to move this program forward. Using the formal criminal justice system for all offenses is costly and has proven to not necessarily be the most effective way to impact future offender behavior."

Community leaders have been involved with the LEAD program from the very beginning and will continue to work with the program in an advisory capacity. "The Downtown Seattle Association has long recognized that Downtown is everybody's neighborhood, and investments in robust social service intervention strategies are part of making Downtown a healthy and safe community. We are delighted to see the emergence of LEAD, an innovative strategy to combat open air drug markets in which police response to drug activity is directly connected to services, providing more effective alternatives to incarceration," said Kate Joncas, President of the Downtown Seattle Association.

The LEAD program will initially be funded by grants from private foundations. "America locks up far too many people for low-level drug offenses; our punitive response to drug use is often far more harmful to society than the drug use itself. We are proud to support LEAD's effort to develop a practical alternative," said David Menschel of the Vital Projects Fund." "LEAD is a breakthrough level of collaboration between law enforcement and social services that has a chance to turn the revolving door of drug law enforcement into an exit. The program will benefit the user, the officers on the street, and the community," said Shaula Massena, of the Massena Foundation. "LEAD is a promising step towards creating greater safety for our streets, businesses, and homes by addressing individual and social harms associated with drug use," said Cody Swift of the RiverStyx Foundation. "Shifting away from arrest and incarceration, offers hope that there will finally be the resources and compassion necessary to help people struggling with addiction."

"King County needs innovative criminal justice programs that improve public safety, are cost-effective, and provide social services to people that lead them away from criminal behavior. The LEAD pilot program aims to serve all three of these purposes and it has my full support," said King County Councilmember Larry Phillips.

LEAD is governed by a Policy Coordinating Group which is made up of a diverse set of stakeholders, including representatives from the Seattle Office of the Mayor; King County Executive Office; Seattle City Council; King County Council; Seattle City Attorney's Office; King County Prosecuting Attorney's Office; Seattle Police Department; King County Sheriff's Office; Washington State Department of Corrections; Belltown LEAD Community Advisory Board; Skyway LEAD Community Advisory Board; The Defender Association; and the ACLU of Washington. "It's heartening to have this unique set of stakeholders working together." City Attorney Pete Holmes said. "My office will advise SPD on legal issues every step of the way in this innovative attempt to reduce low-level drug activity,"

"Seattle's groundbreaking initiative forges a new path that unites the whole community in a common mission to reimagine how we improve public safety and the quality of life," said Kirsten Levingston, Ford Foundation program officer. "We are proud to support this effort, and believe that communities across the country can learn from this approach."

Although the LEAD program is only a pilot at this point, it is hoped that it could someday be expanded to additional neighborhoods in Seattle and King County. "The LEAD pilot has the potential to help people struggling with addiction and save public dollars at the same time," said King County Executive Dow Constantine. "We can work in partnership to replace a downward spiral toward jail with support and resources. Our families and neighborhoods are better off when those headed for the criminal justice system are instead given the opportunity to lead fulfilling and productive lives."