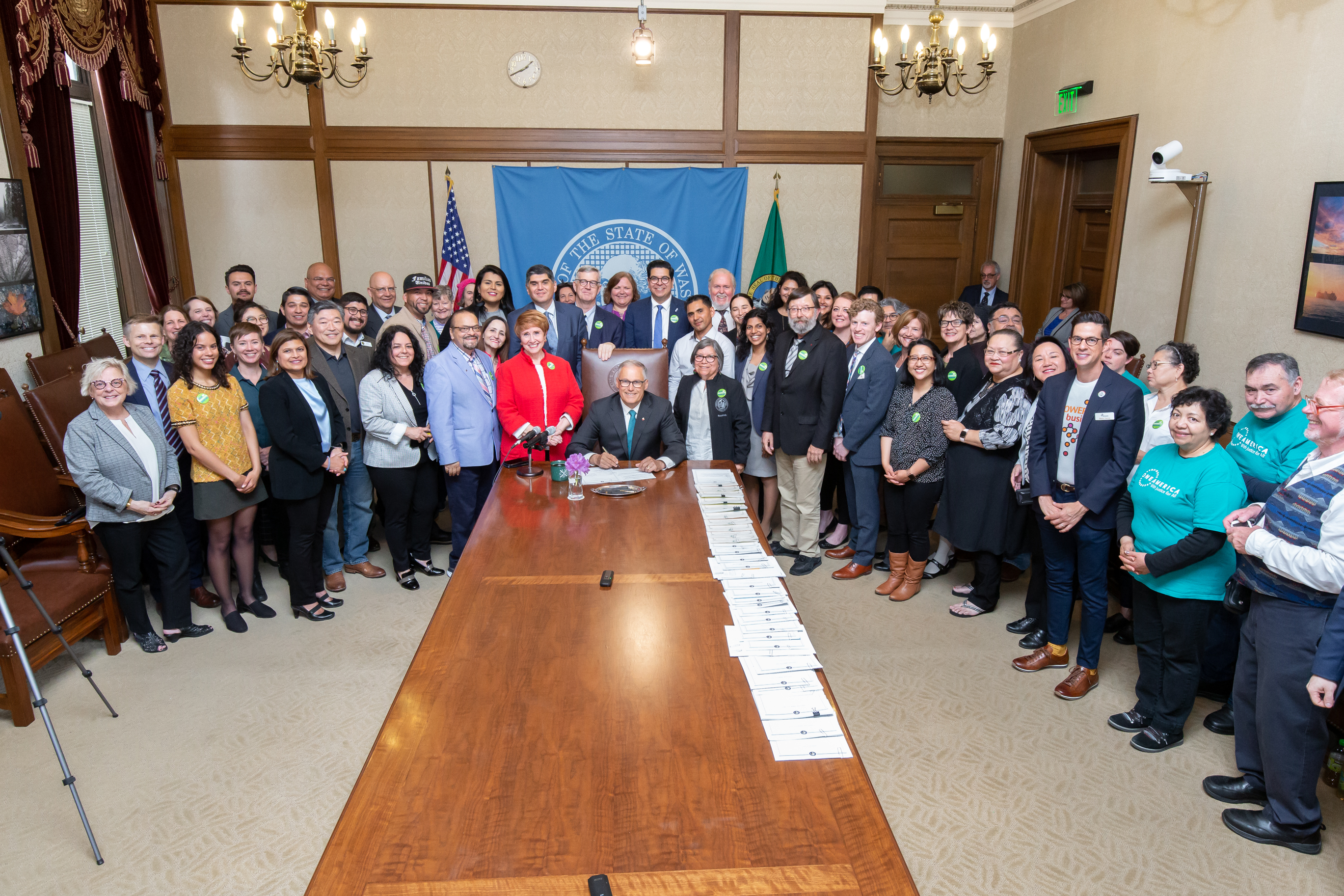 The Keep Washington Working Act (Senate Bill 5497) enhances public safety and promotes fairness to immigrants and protects the privacy and civil rights of all Washington residents. This new law prohibits local law enforcement from routinely questioning individuals about immigration status, notifying ICE that a noncitizen is in custody, and detaining someone for civil immigration enforcement. It will be signed into law by Governor Jay Inslee today.

"Growing up undocumented in Eastern Washington, I felt like my status was something to be ashamed of and that I needed to hide for my own safety. But I know that everyone deserves to be treated with dignity and respect, regardless of the accent with which we speak, where we came from, or what we may look like,” said Paúl Quiñonez Figueroa of the Washington Immigrant Solidarity Network. “Communities across the state will benefit from this important legislation, which affirms the inherent worth of all immigrants, of our labor and culture, and recognizes the right to an identity that is seen and valued – not feared and ostracized.”

Nearly one million Washingtonians – one in every seven people in this state – are immigrants, and they are an integral part of our communities and workforce. By protecting workers in Washington, the Keep Washington Working Act strengthens local economies across the state.

Jurisdictions that do not use local resources to enforce federal immigration laws have positive outcomes, according to a recent study analyzing the federal government’s own data. Specifically, local jurisdictions that say “no” to ICE enforcement have lower rates of crime, poverty, and unemployment than those that choose to collaborate, and thus, blur the line between local law enforcement and federal agencies.

The primary duty of local law enforcement agencies is to keep our communities safe. Community trust is a critical factor in their ability to carry out their duties. “When local police are viewed as an extension of the immigration system, noncitizens are less likely to report crime or appear as witnesses, making us all less safe,” said Jennyfer Mesa, who testified in support of SB 5497 on behalf of Latinos en Spokane.

The federal government does not reimburse the costs of local resources used to collaborate in immigration enforcement. Expending local public safety resources compromises the ability of local governments to meet the needs of their community. And, such enforcement exposes a jurisdiction to costly litigation.
Explore More:
Immigrant Rights