Skip to main content
Which individual known as the "father of the constitution" is featured on the $5,000 bill?

a. There's no such thing as a $5,000 bill
b. James Madison
c. Alexander Hamilton, who coincidentally is a heck of a rapper
d. Aaron Burr
The constitution is 226 years old, how many changes have been made to it?
a. Zero, it was perfect the first time around
b. 45, the constitution changes every time a new president is elected
c. 27
How many States took part in writing the US Constitution?
a. 13, duh, the original 13 colonies.
b. 6, the southern states weren’t so sure about the language
c. 12
Where was the US Constitution signed?
a. New York, at the Independence Convention
b. Philadelphia, at the Constitutional Convention
c. Washington D.C., at the Convention for the Constitution of America 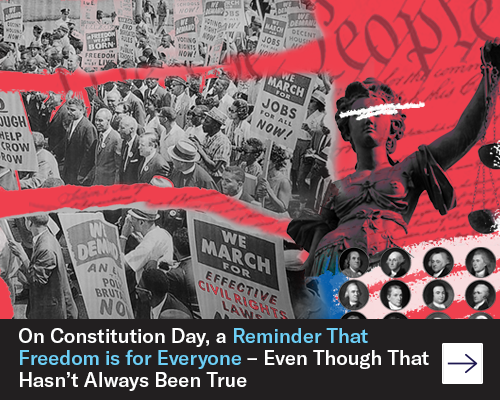