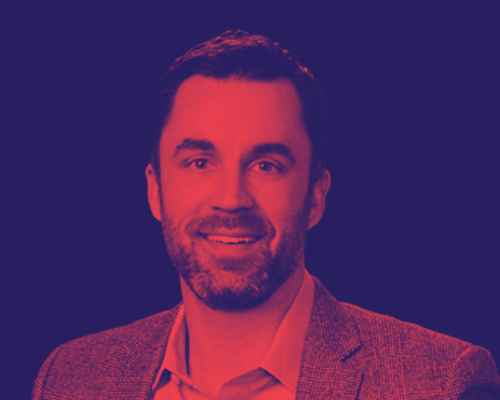 Everyone should have a fair chance at achieving justice through our legal system.  To ensure this, ACLU-WA Cooperating Attorney Christopher Durbin takes a careful look at court rules proposed for Washington.

Describe your role as an ACLU-WA cooperating attorney on the Access to Justice Rules Committee.

I serve as the ACLU-WA’s designee on the Rules Committee, which is organized under the Washington State Bar Association’s Access to Justice Board. As the name suggests, the ATJ Board is focused on increasing the ability of indigent, pro se, legally unsophisticated, and otherwise disadvantaged litigants to access our state’s justice system as fairly, efficiently, and cost-effectively as possible. To that end, our Rules Committee analyzes and comments on proposed amendments to court rules with an eye toward how the proposed amendment will impact access to justice. The ACLU-WA is one of several public-interest groups with a seat on the Rules Committee, which also includes practitioners and judges.

I understand that one issue you’ve worked on recently is a proposed rule regarding mediation. To start, could you explain for non-lawyers, what mediation is?

Mediation is a form of “alternative dispute resolution” (ADR), which is designed to resolve legal disputes (most often civil claims) outside of traditional trial court litigation. The closest analogy for mediation is shuttle diplomacy: the parties meet with a neutral mediator (who has no other connection to the case) over the course of one or more days, sitting in separate rooms while the mediator goes back and forth to encourage each side to gradually compromise and narrow the gap between their initial settlement positions. Mediation can be a very cost-effective way of settling disputes if both sides participate voluntarily and share a desire to resolve the case. But the mediator cannot force the parties to accept a settlement, and either party is free to walk out at any time.

And what would the proposed rule do?

As currently written, the proposed rule would require that parties in certain categories of civil litigation pending in Superior Court enter mediation before trial, and in some cases before discovery has commenced. Discovery is the formal process by which parties exchange the evidence and information each will present at trial in support of their claims or defenses.  Although the proposed rule does not obligate the parties to reach a settlement, it does require the parties themselves to attend mediation in person and to pay the mediator’s fees unless a party requests (and the court approves) a pro bono mediator.

The proposed rule was drafted by the Civil Rules Drafting Task Force of the Washington State Bar Association (WSBA), in response to concern about the escalating costs of civil litigation.

The Civil Rules Drafting Task Force requested that ACLU-WA review and comment on the original and revised versions of the proposed rule. The ACLU-WA agreed to do so because it believes all people should have access to justice through our legal system; the right to seek redress for civil claims in court is among the most important of our civil rights. Over time, however, the costs and complexity of litigating civil claims have become prohibitive—or at least very burdensome—for all but the most well-funded and sophisticated litigants. The WSBA has recognized the need to address this troubling trend, and the ACLU-WA supports its goal of reforming the civil rules to increase access to justice for all people. The ACLU-WA has provided comments on several of the WSBA’s proposed rule reforms over the past two years—some of which the ACLU-WA supported, others it did not.

What has the ACLU-WA done so far regarding the proposed rule?

In recent letters to the Mediation Subcommittee of the WSBA’s Civil Rules Drafting Task Force, the ACLU-WA provided comments on a revised version of the proposed rule and concluded that it cannot support the rule as currently drafted. Among other reasons, the ACLU-WA noted that requiring parties to mediate before having the opportunity to seek discovery could have a disproportionate negative impact on plaintiffs and people who are unsophisticated in legal matters or unrepresented by counsel. Those types of parties often begin litigation knowing much less than defendants about the facts that will ultimately decide their claims. As a result, those parties are more likely than defendants to have a reasonable and good-faith reluctance to mediate before discovery. Forcing them to enter mediation before discovery may lead them to settle their claims before they have access to the evidence and information they need to determine the merits and value of their claims.

The ACLU-WA expects that the WSBA will consider its comments, as well as those from other stakeholder groups, in deciding whether to further revise the proposed rule or adopt it as currently drafted.

What motivates you personally to do this work?

In more than 15 years as a litigator, I’ve seen first-hand how the costs of civil litigation have grown exponentially and caused even well-funded parties with very strong claims to question whether they can afford to seek relief through the judicial system. That dilemma is much more acute for indigent, pro se, or legally unsophisticated parties, for whom the costs and complexity of civil litigation can be almost insurmountable barriers to filing and litigating a valid claim. As attorneys, we have an obligation to work toward reforms that will make our judicial system open, accessible, and affordable to everyone.
Explore More:
Due Process
Economic Justice
Related Files