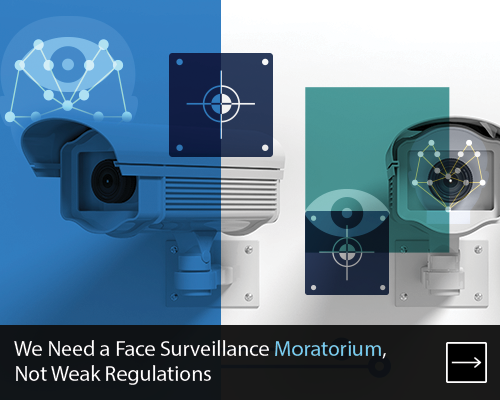 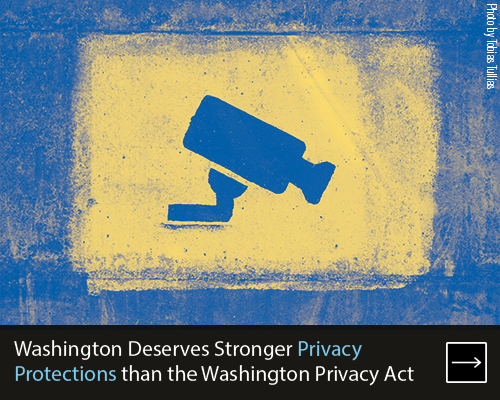 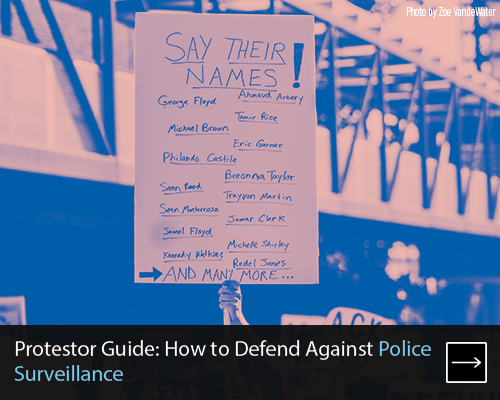 News Release, Published:
Wednesday, March 12, 2014
EHB 2789, legislation that puts reasonable regulations in place for government use of drones in Washington state, has passed the Senate with a 46-1 vote, and the House has concurred with a bipartisan 77-21 vote.  The bill has gone to the Governor to be signed into law.
Read more

Published:
Tuesday, March 11, 2014
The ACLU has long been concerned about the use of facial recognition systems and the broad fishing expeditions for which they can be used.  That’s why the ACLU of Washington worked hard to change the Seattle Police Department’s proposed policy for the Booking Photo Comparison Software (BPCS).
Read more

Liberty Link: Ben Wizner Goes on “The Record” about Surveillance

Published:
Thursday, March 6, 2014
Ben Wizner is director of the ACLU’s national Speech, Privacy and Technology Project, and is a legal advisor to Edward Snowden.  He has visited Snowden in Moscow and communicates with him over encrypted channels.  Wizner was in Seattle recently and spoke to KUOW host David Hyde on “The Record” about privacy in the digital age.
Read more

Published:
Tuesday, February 18, 2014
A group of enthusiastic ACLU-WA activists met at the State Capitol on Tuesday to encourage legislators to support  House Bill 1771 and Senate Bill 6172 calling for reasonable, common sense limits to drone use by state and local government agencies.
Read more

News Release, Published:
Tuesday, February 18, 2014
The Washington State House has passed HB 2789, a bill which puts reasonable regulations in place for government use of drones in Washington state. The measure passed overwhelmingly with strong bipartisan support by an 83-15 vote.
Read more

Document, Published:
Tuesday, February 4, 2014
SB 6314 would allow the collection of DNA samples from arrestees who have not yet been convicted of any crime. But this kind of DNA collection has not reduced crime in the states that have tried it. Analyzing the DNA of every felony arrestee is expensive, exacerbates crime lab backlogs, unfairly targets communities of color, and takes samples from large numbers of people who are unlikely to commit future crimes.
Read more

Published:
Wednesday, October 9, 2013
Police departments across the state have adopted or are looking to buy on-officer recording systems, or “body cameras,” to provide oversight for law enforcement. These cameras can be very beneficial for accountability to prevent or identify police misconduct. But, they also pose risks to privacy for those captured in the recordings.
Read more

Published:
Wednesday, August 21, 2013
The Spokane City Council has passed an ordinance that will require Council approval to acquire and use some new surveillance equipment, such as drones and camera networks. We hope that more communities throughout Washington will consider passing similar oversight mechanisms with even stronger provisions and protections.
Read more

"You Are Being Tracked": ACLU Report Finds the Government Knows Where You Are Driving

Published:
Wednesday, July 17, 2013
A national ACLU report on license plate tracking by law enforcement confirms that the problems we identified locally are reflected in communities throughout the U.S. Our study found that few police departments in Washington place any substantial restrictions on how the location information may be used.
Read more