Washington has seen a dramatic increase in traffic fatalities, a trend that began in 2020. Last year, even as nationwide traffic deaths declined, there were more than 700 traffic related deaths on Washington’s roads– the highest rate since 1996. The Traffic Safety for All bill offers a solution to this problem that prioritizes safety on the road while also prioritizing racial and economic equity.

Low-risk traffic stops are ineffective at keeping people safe. They waste resources, and harm members of the community. Years of data have shown that low-risk traffic stops and searches disproportionately target Black drivers and other people of color. They can carry an emotional and economic impact for the driver, and at their worst, many traffic stops have escalated into violent and deadly encounters.

That’s why our organization, along with a broad coalition of advocates in transportation, racial justice, and public safety, is supporting legislation to reimagine traffic safety for all Washingtonians. The Traffic Safety for All (HB 1513) bill, sponsored by Rep. Chipalo Street, would create a system that helps low-income community members comply with low-risk traffic laws like expired tabs or broken taillights, while also allowing police agencies to focus resources on violations that help prevent accidents and keep our roads safe.

Traffic Safety for All prevents officers from stopping drivers for “high discretion” stops related to issues such as equipment failures and expired tabs, unless there’s an immediate safety risk, such as a shattered windshield or a dragging muffler. The legislation also restricts voluntary (consent) searches, and irrelevant questioning during low-risk traffic stops. This will prevent time consuming and harmful fishing expeditions, which have been shown to be ineffective at uncovering crime and ineffective at reducing traffic fatalities, but have significant social and civic costs. It will also give departments capacity to focus on more pressing safety concerns such as impaired, distracted, or speeding drivers — the actual leading causes of traffic accidents.

The bill also creates a pool of grant money to assist local governments in creating solution-oriented programs to help people comply with traffic laws and avoid tickets, such as providing low-income drivers with repair vouchers for car fixes or fee waivers for expired tabs. These measures would make vehicles on the road safer and increase compliance without burdening low-income drivers. If a driver can’t afford to fix their taillight, then they can’t afford the ticket that comes with it. Rather than solving the problem, the current system snares people in a poverty trap of more debt and entangles them in the criminal legal system. 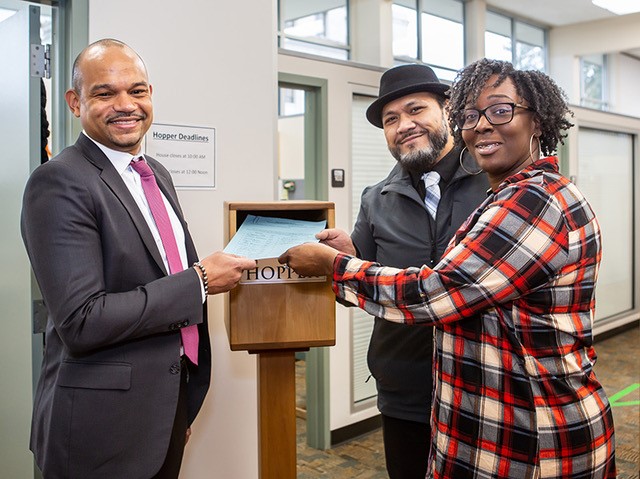 Finally, this bill provides for standardized data collection and reporting for traffic stops. Currently, many, if not most, law enforcement agencies do not collect data on traffic stops. For those that do, the types of data collected vary across law enforcement agencies and are often inconsistently recorded. This bill will help increase transparency into who is being stopped, why, and the outcomes of stops to assess the equity and effectiveness of how our traffic laws are enforced throughout the state.

Ultimately, this bill is about compliance, but with a focus on equity and fairness. We all want safety on our roads, and that should include safety from needless harassment and excessive fines.

Our current system doesn’t address these concerns for all motorists, but instead, contributes to the problem. “Routine” traffic stops for minor traffic infractions have, at their most severe, turned deadly for Black and Brown Washingtonians, like Giovonn Joseph McDade, Jenoah Donald, and Iosia Faletogo, and hundreds of others throughout the country. Additionally, the fines and fees given for equipment failures can hamstring low-income drivers and make it harder for them to fix those concerns.

The Traffic Safety for All bill isn’t about decriminalizing behaviors. Washington already decriminalized low-risk traffic violations in 1981 by turning these violations into infractions. Instead it takes a system that isn’t working and replaces it with solutions. Nor is this bill about taking tools away from law enforcement. Officers still have the authority to ticket people for expired tabs and equipment failures if their driving violates the law. Instead, it reserves enforcement resources for high-risk behavior that causes harm on the roads.

Data shows that this approach works. A recent study found that by de-prioritizing low-risk stops, like this bill does, a jurisdiction in North Carolina was able to focus its resources on increasing the number of higher-risk safety stops. This reduced traffic accidents and reduced racial disparity in overall stops -- with no impact on non-traffic related crime. Data from the Washington Traffic Safety Commission (WTSC)1 also shows that stops for major safety issues like impaired driving and other high-risk behavior succeeds in decreasing accidents. It is strong evidence of a link between increased public safety and a focus on safety-related moving violations. This proven approach puts limited law enforcement resources to better use, while increasing equity.

It's time we get smart on traffic safety in Washington. An expired tab has never endangered someone, and the punishment for having an expired tab or other car issue shouldn’t upend a person’s life. That’s why there is so much community support for the The Traffic Safety for All (HB 1513) bill, as well as support from national traffic safety experts.

We can have safer roads without excessive punishment and fines, and we urge lawmakers to make that a reality by passing the bill this session.

This bill has a hearing on Monday, January 30! Click this link to show your support for just solutions, by Monday at 12:30.

[1] Data is on file with the author