Generations of Black, Indigenous, and people of color have long been plagued by the negative effects of policies that directly and indirectly discriminated against them. Through policies in housing, voting, education and many other spaces, systemic inequality has been baked into many facets of American society, causing disparate outcomes for communities of color. To address the problems created through systemic inequality, the ACLU believes the country needs systemic solutions. To that end, the ACLU of Washington has launched Systemic Equality WA, coinciding with the national ACLU’s Systemic Equality campaign — a racial justice agenda aimed at addressing the nation’s long history of systemic inequality, discrimination and racism through advocacy, legal action, and legislative work.

Systemic Equality WA is a framework for the efforts the ACLU of Washington has undertaken and will undertake to advance equality throughout the state, placing our efforts under three main pillars. 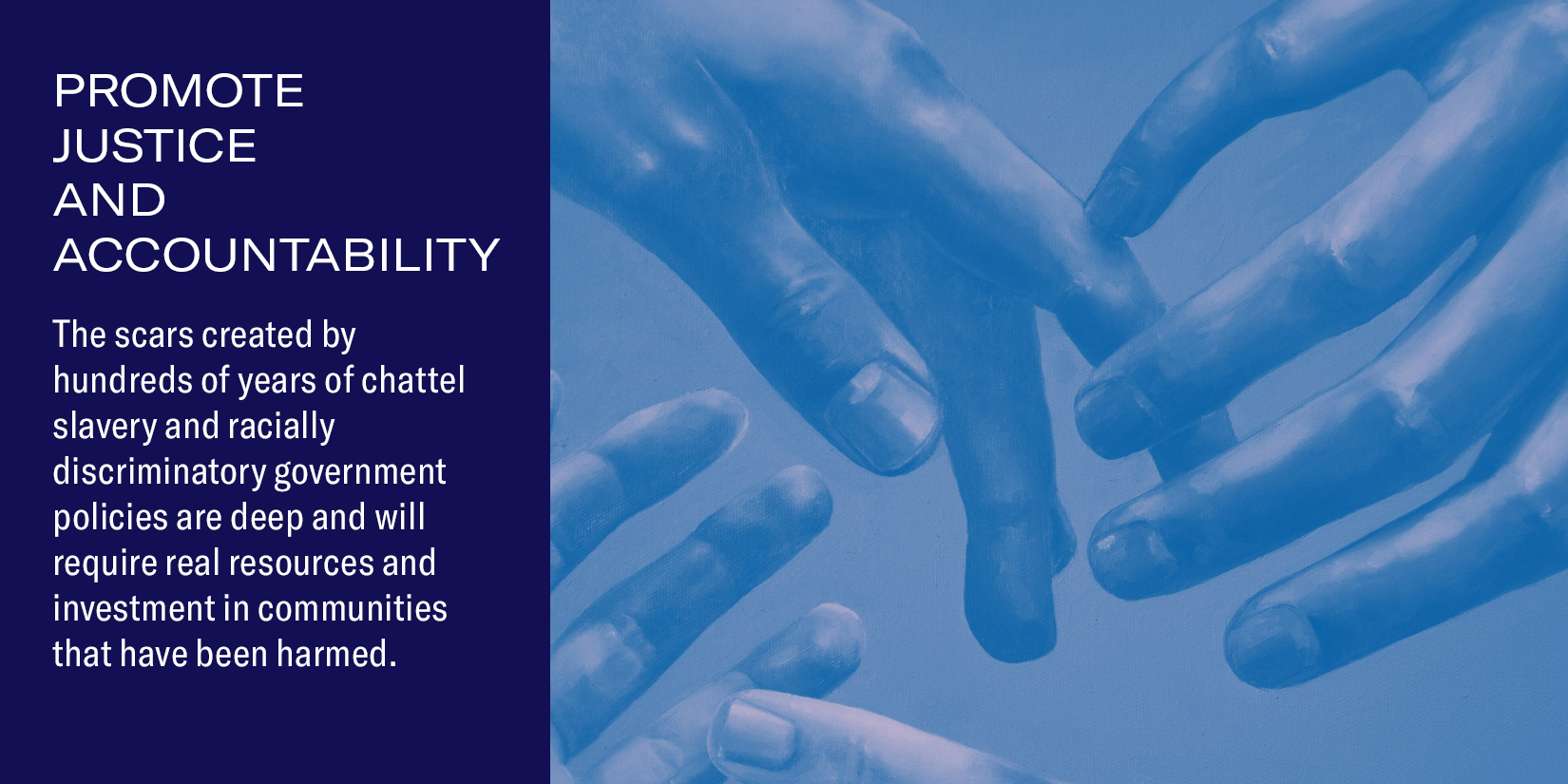 We can’t move forward with progress without first acknowledging the harm done by past policies and actions, and creating solutions that actually remedy those injustices, the pain they caused, and their lasting scars.

We join in the ACLU’s continued, nationwide effort to get Congress to pass H.R. 40. The legislation, if enacted, would establish a commission to study reparations and develop proposals for issuing them to the descendants of American slavery’s victims. Such a move would be a great step in acknowledging and resolving the effects of slavery, which are still felt today.

Communities of color have been overpoliced throughout the nation for generations. In Washington, we’re working to ensure an end to police violence, through both reform and reimagining how to achieve public safety for all. Advocacy efforts led to more than a dozen police reform bills passing the state legislature this past session.

We must continue to keep pressure on state lawmakers to create a culture of accountability within policing and to prevent the type of police violence that has routinely impacted communities, particularly Black communities. We are also exploring divestment from police departments and reinvestment in community through advocacy and a blog series exploring new ways to provide Washington’s communities with safety, health and well-being.

We are fighting mass incarceration, which has been a harmful and costly problem in America in so many ways – with lasting and devastating impacts on Black and Indigenous communities and communities of color. Through our Smart Justice campaign, the ACLU of Washington is advancing solutions that reduce Washington’s prison and jail populations and combat racial disparities. We will continue to work on meaningful criminal legal system reform that prioritizes non-criminal approaches to public health issues and rehabilitation over ineffective punitive policies.

End the War on Drugs

The War on Drugs has been a war on people – rooted in racism - disproportionately impacting Black and Indigenous people and people of color. The ACLU of Washington promotes policies that deal with substance use disorder as a public health issue instead of a crime. We are on the front lines, from the successful effort end the prohibition on cannabis to our current support of the Treatment First Washington campaign, which seeks to replace criminalization of drug use with public health approaches, such as case management, housing and employment services.

By advocating for and with parents and communities across the state, the ACLU-WA is working to disentangle school discipline and the criminal legal system to assure that when kids make mistakes, they can learn from them without the life-altering consequences of police and legal involvement. Black and Indigenous students, students with disabilities, and students of color, are disproportionately suspended and expelled and are more likely to have negative interactions with law enforcement on campus. The ACLU-WA is advocating to replace ineffective and costly school police with proven, positive supports that improve student safety and success, and to limit suspensions and expulsions that keep kids out of the classroom and away from necessary learning and support. 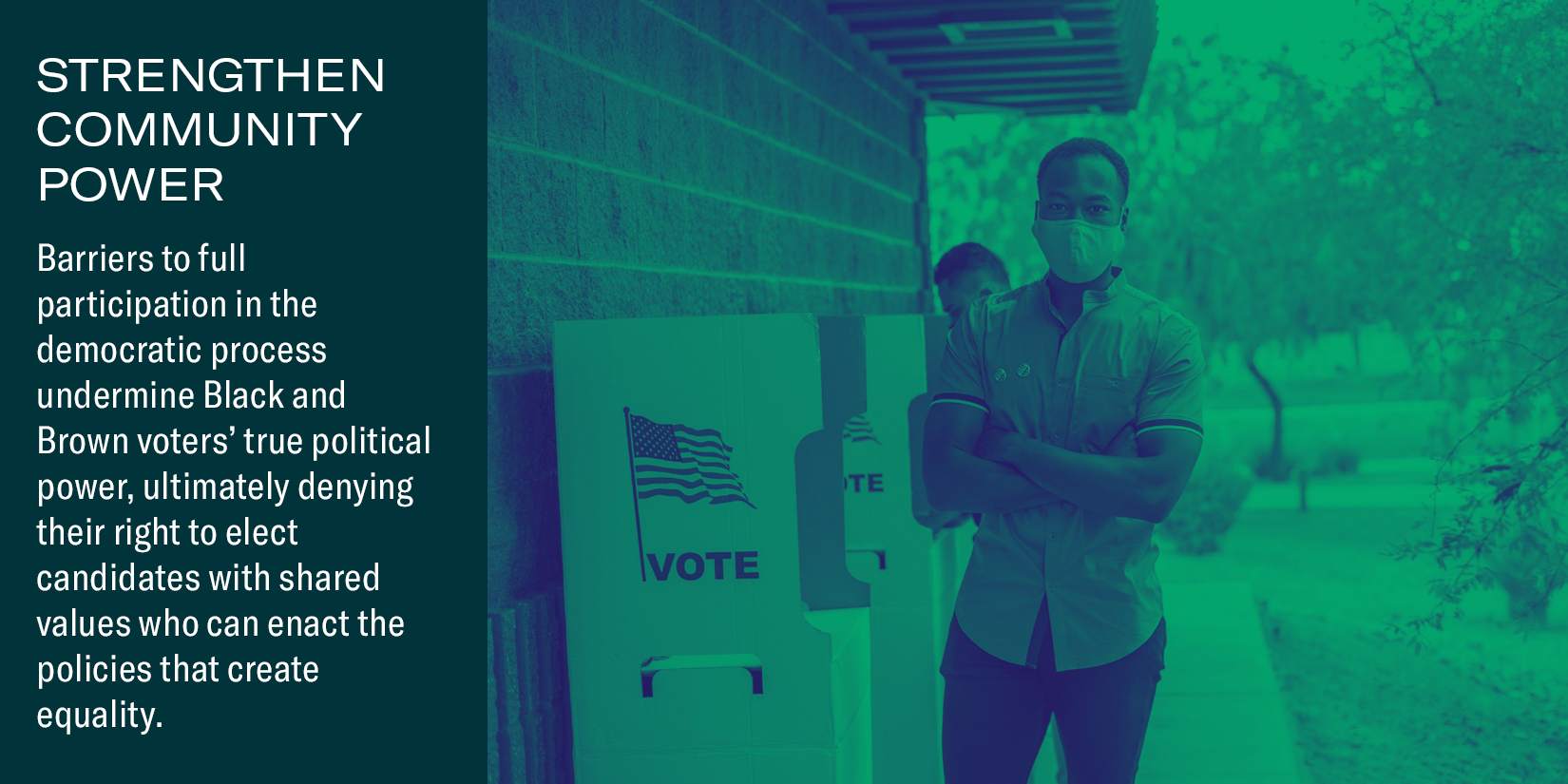 Our democracy works best when everyone can participate, yet government, at all levels throughout the nation, continues to create barriers to this participation, particularly for Black, Indigenous and people of color. We must work to remove these barriers and ensure everyone can enjoy their true political power and rights.

Felony disenfranchisement laws – like poll taxes, literacy tests, onerous ID requirements, and the closure of polling places – have been used to suppress the vote of Black Americans across the country since the Jim Crow era. After years of advocacy and lobbying efforts, the Washington state legislature passed a law that will automatically restore the right to vote for people with felony convictions upon their release from prison. We are working with community members on a public education campaign to make sure that everyone impacted by disenfranchisement is aware of their rights. Such laws have no place in our democracy, and our work will continue to seek ways to protect access to the ballot for all Washingtonians.

Build Power Across the State

Through our People Power campaign, we are connecting grassroots activists with the information and tools that they need to advocate efficiently and effectively for civil rights and civil liberties throughout Washington. We will be working to expand the campaign into more communities across the state.

Additionally, we provide education and opportunities for Washingtonians to join the fight for systemic equality. We sponsor a lobby day each year in Olympia, providing people with the education and support that they need to effectively lobby their legislators. We hold Power Up education sessions that provide in-depth training for activists in Washington. We also hold monthly Flights and Rights events that bring together community leaders and ACLU attorneys to discuss civil rights and civil liberties. You can watch previous events on our website. 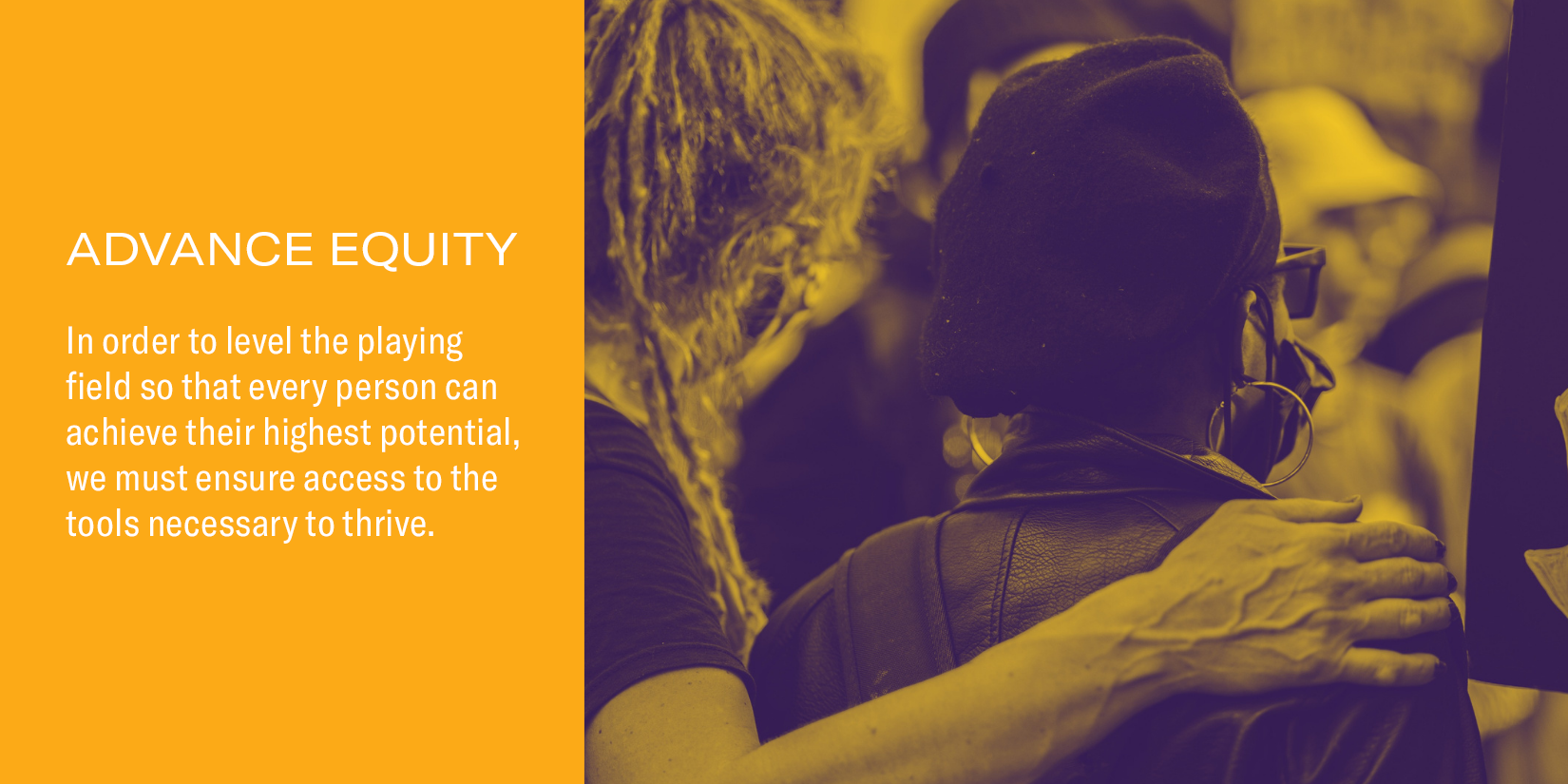 Creating systemic equality means ensuring everyone has access to the resources and tools they need to be successful.

The pandemic has highlighted longstanding disparities in health care access and outcomes, particularly for Black, Brown and Indigenous communities, many of whom continued to work as essential workers while often being denied public benefits because of their immigration status or inability to secure quality, affordable healthcare coverage.

We are working to ensure Washingtonians have access to health care, especially in immigrant communities that have a high prevalence of uninsured and underinsured residents.

Washington is experiencing a housing crisis fueled by racist housing laws and practices and continued in part through the criminalization of poverty. Solving this crisis requires systemic reform that actually addresses the root causes of housing instability and economic injustice and includes ensuring safe, adequate, affordable housing. Further, officials must prioritize solutions that are led by our unhoused neighbors and puts their best interests at the forefront.

Algorithms are shaping every part of our society, but are often created and used without transparency and accountability. Because algorithms reflect and perpetuate human biases, they often discriminate and cause harm, exacerbating systemic inequities. Government agencies throughout the state and nation are using artificial intelligence (AI) technology across many sectors, including in education, health care, housing, and our criminal legal system. The ACLU-WA is advocating for community-focused laws that regulate these technologies to protect people's civil rights and liberties as technology continues to advance.

The ACLU of Washington is sharing information and resources with communities through its public education programs. We hold Civics Day events at school districts serving primarily Black and Indigenous students and students of color, to teach young people about government and the criminal legal system and to empower them with information about their rights. Additionally, through our Community Business Buyout program, we distribute “know your rights” information and sponsor discounts and giveaways at Black, Indigenous, people of color and LGBTQIA+ owned businesses. Through these partnerships, communities get needed resources and help to expand the distribution of civil rights and civil liberties information.