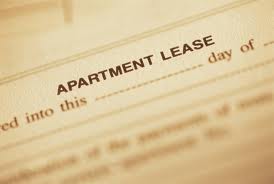 A Washington family discovered that even if you win a court case, you can still lose. The ACLU is supporting efforts to do something about the situation.

Ignacio Encarnación and Karla Farras complied fully with the terms of their lease. They paid their bills on time and had no problems with their neighbors or landlord. Shortly after they renewed their lease in July 2009 for a one-year term, the apartment building was sold, and their new landlords attempted to terminate the lease. Encarnación and Farras insisted upon enforcing their lease, and the landlord’s response was to try to evict them by filing an unlawful detainer action.

Unlawful detainer actions are used to evict tenants who fail to pay their rent or otherwise violate their lease and refuse to leave of their own accord. But since neither of the tenants had violated the terms of their lease, this action was not justified and the case quickly settled on terms favorable to the tenants.

But the family quickly discovered that the case barred them from getting other housing.  Potential landlords using the court index system (SCOMIS) now saw that the tenants were involved in an unlawful detainer action and have blacklisted the tenants even though they didn’t do anything wrong.

To help address this unfair practice, the tenants moved to have their names removed from SCOMIS and replaced with initials. This would allow them to still be identified for judicial purposes but would prevent housing discrimination by future potential landlords.

The King County Clerk (the plaintiff in this case, King County Clerk v. Encarnación) argued that this redaction was not permitted under the court rules governing access to court records.  The Court of Appeals went further and concluded that redaction violated the Washington Constitution’s requirement for court transparency.

The tenants refute this, and the ACLU supports their position. Our friend-of-the-court brief urges the Court to recognize the need for balance between public access and privacy. It respectfully suggests that the standard for redaction of names in this incident is different from the closing of a court proceeding. All proceedings in this case were open to the public, and anybody wanting to verify that the court system works correctly can still access all materials associated with the case.

The only thing we want is the removal of the tenants’ names from the index to limit the likelihood that future landlords will misuse the index to blacklist the family.

The Washington Supreme Court heard oral argument this summer and hasn’t issued a decision yet.