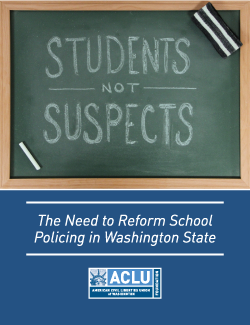 Students Not Suspects: The Need to Reform School Policing in Washington State