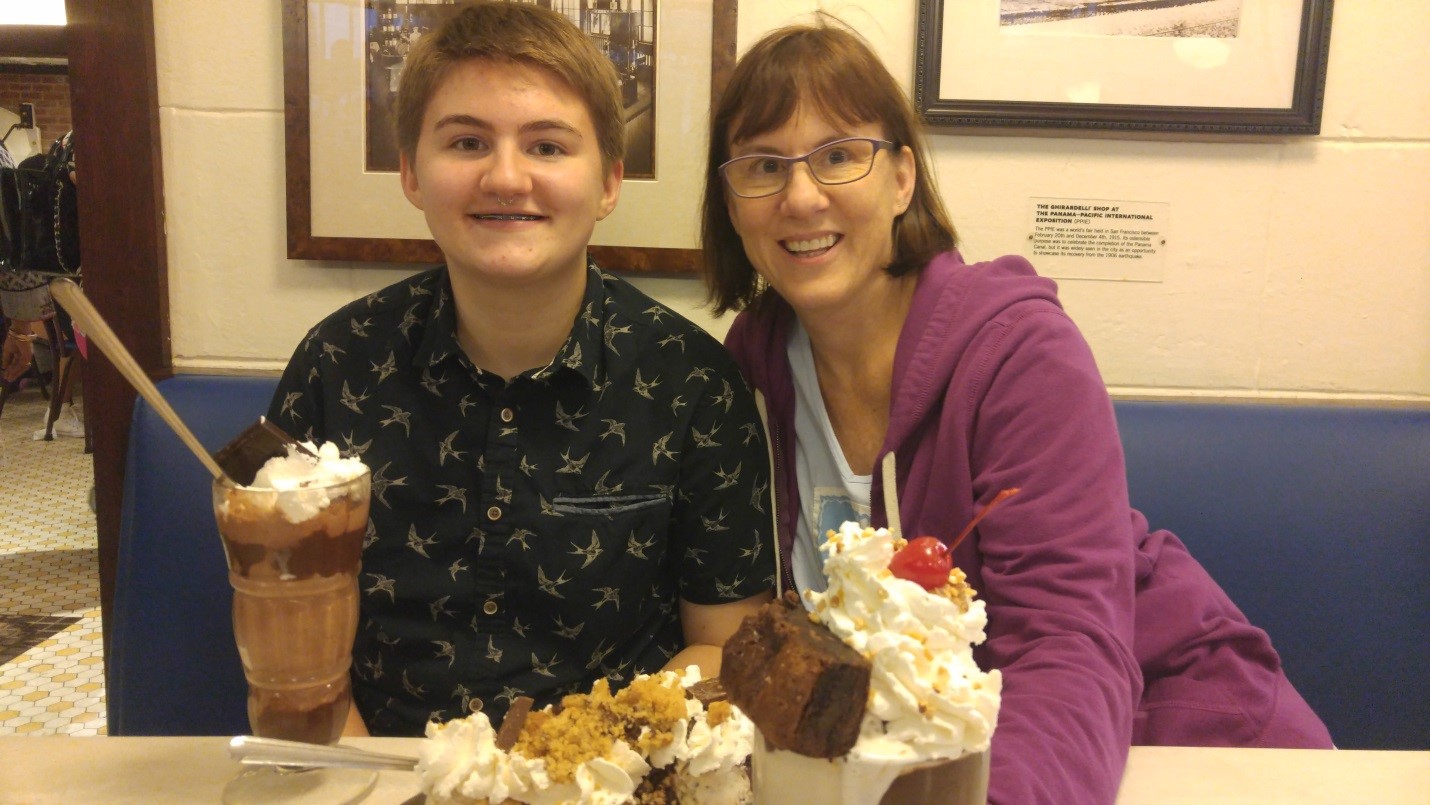 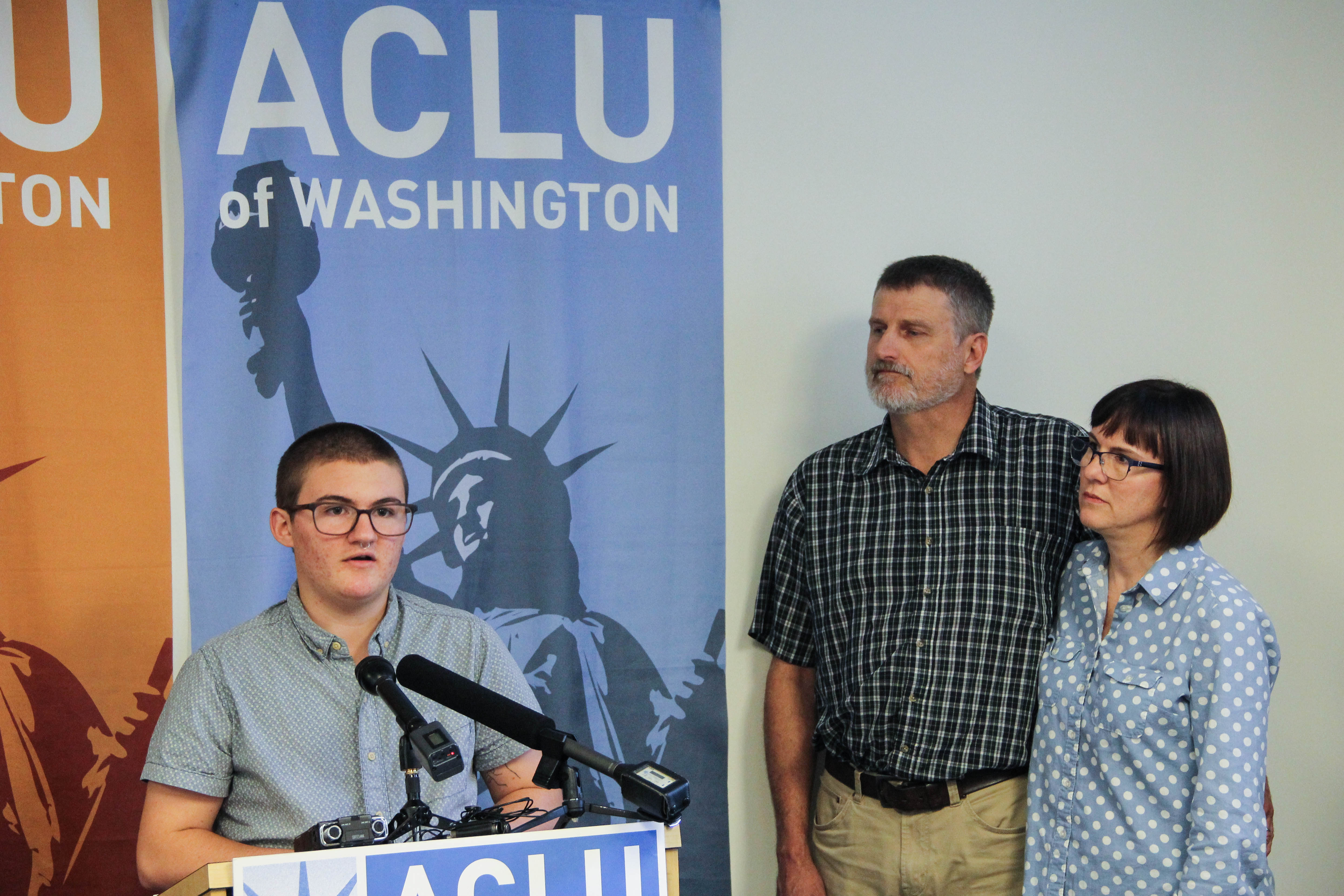 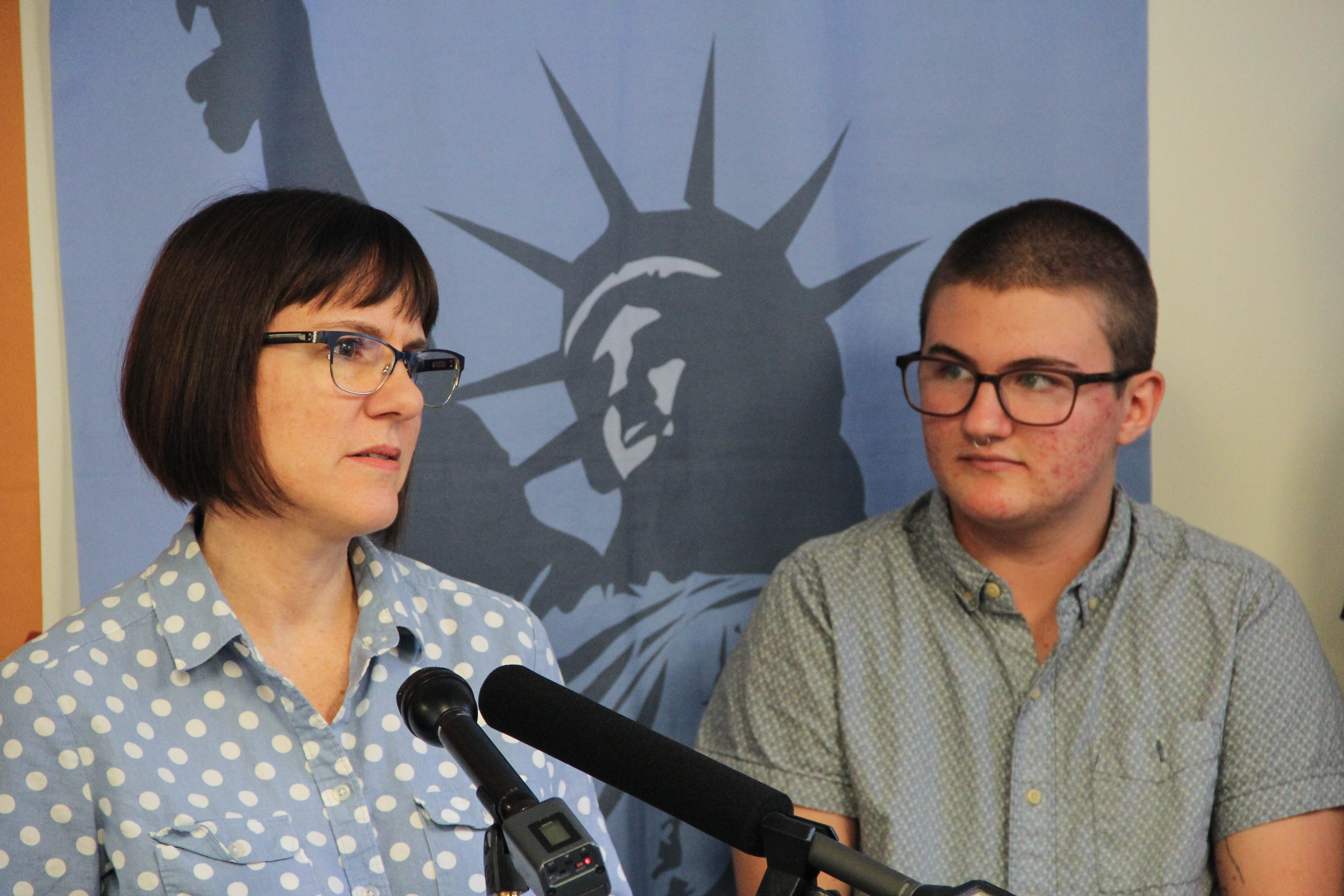 The ACLU of Washington today filed a civil rights lawsuit against PeaceHealth, a Catholic healthcare organization, on behalf of Cheryl Enstad and her teenage son, Pax, for denying coverage under its health benefits plan for medically necessary surgery to Pax simply because of who he is. The suit says that PeaceHealth’s policy of refusing to cover medical care required by transgender people is discrimination and violates federal and state law.

Pax Enstad is a boy who is transgender, meaning that while the sex assigned to him at birth was female, he has a male gender identity. He was diagnosed with gender dysphoria, a serious medical condition marked by persistent and clinically significant distress caused by incongruence between an individual’s gender identity and that individual’s sex designated at birth.

PeaceHealth refused to cover the surgery, citing a policy of excluding all “transgender services.” The lawsuit asserts PeaceHealth’s blanket policy of refusing to pay for medically necessary healthcare for otherwise covered transgender individuals simply because of who they are discriminates on the basis of sex and gender identity, violates the Patient Protection and Affordable Care Act (ACA) and the Washington Law Against Discrimination (WLAD), and is harmful to the health of transgender individuals.

“PeaceHealth’s blanket of exclusion of ‘transgender services’ is not based on standards of medical care,” said ACLU-WA Staff Attorney Lisa Nowlin. “This is discrimination, and it is plainly illegal. Under state and federal law, no company is allowed to single out and exclude one group of individuals from medical care that is prescribed for them by their doctors and that the company routinely provides for others.”

In the past, some public and private insurance companies excluded coverage for gender dysphoria (or “transition-related care”) based on the erroneous assumption that such treatments were cosmetic or experimental. Today, however, every major medical organization recognizes that such exclusions have no basis in medical science and that transition-related care is effective for the treatment of gender dysphoria.

Discrimination by healthcare providers routinely causes transgender people to delay or forgo preventative and necessary medical care, putting them at greater risk for illnesses and increasing their risk of suicide.

If left untreated, gender dysphoria can lead to debilitating anxiety, depression, self-harm, and even suicide. Pax suffered from debilitating depression and anxiety as a result of gender dysphoria that began at age 11, when he started to enter puberty. His grades at school fell; he was unable to participate in activities such as swimming and athletics; he wore several layers of clothing to hide his chest from view; and he eventually avoided going outside altogether. Pax’s gender dysphoria became so severe that he had to wear a binder to flatten his chest 24 hours a day.

As a result of PeaceHealth’s exclusion for “transgender services,” Cheryl Enstad and her husband were forced to take a second mortgage on their house and use some of Pax’s college savings funds to pay over $10,000 out-of-pocket for the chest-reconstruction surgery prescribed to Pax by his doctor.

“We were willing to do whatever it took to get Pax the medical care he needed— as any parent would,” Cheryl Enstad said. “When your child is singled out and rejected simply for being themselves, it’s heartbreaking, and it isn’t fair. We’re bringing this lawsuit to ensure no family has to go through what we did.”

The lawsuit asks the court to declare PeaceHealth’s blanket exclusion of “transgender services” discriminatory and illegal. It also seeks unspecified damages for the Plaintiffs.

The lawsuit, Enstad v. PeaceHealth, was filed in U.S. District Court in the Western District of Washington. PeaceHealth operates 70 sites in Washington, Oregon, and Alaska and has approximately 16,000 employees.